Hour 1: Fight For Us

During his Marine deployment to Afghanistan and his later career as an MMA fighter, our guest learned to disengage from his emotions---and his wife and family. His crippling PTSD led him to his wife's pastor. Together, they learned to go the "five rounds" necessary to save their marriage. Today, the couple pays it forward, sharing their formula for success, Join us to learn how to fight for your marriage.

Hour 2: Better To Bite Your Tongue

Ever come away from a conversation wishing you'd said something differently, something else, or just something? We've all had conversations that took an unproductive turn or avoided conversations that really needed to happen. If you want to become a better communicator, our guest has good news: the art of confident conversation is something you can develop through simple, repeatable habits. Join us to hear how he teaches us to:
- embrace your temperament
- overcome feelings of intimidation
- choose the right words at the right time
- speak up for others and yourself. 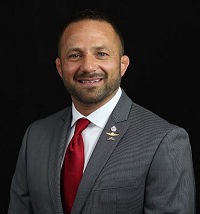 Chad Robichaux is a former Force Recon Marine and Department of Defense (DoD) contractor with eight deployments to Afghanistan as part of a Joint Special Operations Command (JSOC) Task Force. After overcoming his personal battles with PTSD and nearly becoming a veteran suicide statistic, Chad founded the Mighty Oaks Foundation, a leading nonprofit that serves the active duty and military veteran communities with highly successful faith-based combat trauma and resiliency programs. Having spoken to more than 250,000 active-duty troops and led life-saving programs for over 4,000 active military and veterans at five Mighty Oaks Ranches around the country, Chad has become a go-to resource for faith-based solutions to PTSD, sharing his expertise with former presidential administrations, Congress, the VA, and the DoD. Chad is regularly featured on national media and has been a contributor to Fox News, Newsmax, and The Blaze. Chad's story was notably shared in a short film by I Am Second and, in the documentary, Never Fight Alone. Currently, a life-story motion picture movie is being produced based on Chad's book, Fight for Us 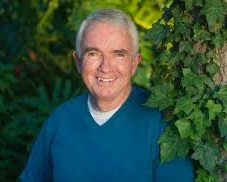 Dr. Mike Bechtle (EdD, Arizona State University) is the author of seven books, including People Can't Drive You Crazy If You Don't Give Them the Keys and How to Communicate with Confidence. His articles have appeared in publications such as Writer's Digest, Pastors.com, and Entrepreneur. He is also a frequent speaker and blogger.