Hour 1: The Church As A Culture Of Care

We all know people in our world are struggling ―eating disorders, addictions, depression, sexual issues, marital problems―the list goes on and on. Can the church help or is that an outdated concept that no longer fits modern problems? Our guest will explain that the church is still the primary place where those who struggle can receive lasting hope and healing. Join us to learn that God has designed every function of the church to be an integral part of soul care. God has provided the church with the necessary resources for us to care well for one another. Prayer, the Word, the work of the Holy Spirit, and the Christian community are God’s provisions to lead all of us to Christ―even those with the deepest struggles. Come – and be encouraged!

We have a full hour of news and analysis planned for you. We start with some headlines and there hear compelling stories of how the Gospel is changing the Middle East. We round out the hour by discussing why the idea is being floated of doing uterus transplants in biological males and how Germany is treating natural immunity for COVID. Join us for some fascinating conversation. 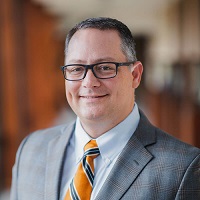 T. Dale Johnson, Jr., is the Executive Director of the Assocation of Certified Biblical Counselors. Johnson served as Associate Pastor of Family Life at Raiford Road Church in Macclenny, FL, before completing his Ph.D. in Biblical Counseling at Southwestern Baptist Theological Seminary. Johnson also serves as the Director of Counseling Programs and Associate Professor of Biblical Counseling at Midwestern Baptist Theological Seminary. He is the author of The Professionalization of Pastoral Care in America , The Church as a Culture of Care  and Free to Be the Church: Biblical Counseling and Legal Issues. He deeply loves the Scriptures and the local church and is committed to equipping pastors and church members alike to minister God’s sufficient Word.