Hour 1: A Career Of Consequence

Many young, ambitious Christians are struggling to get noticed as new hires in the workplace today—not only young people, but those re-entering the workforce following military service, child-rearing, or after being furloughed due to Covid-19. These workers may find it challenging to stand out from the crowd while also maintaining their Christian values and ethics. Join us to hear practical and effective tips that can be implemented to rapidly gain visibility and early success. Learn to identify and use your spiritual gifts and apply other key biblical principles as you embark on a new career.

Hour 2: Looking At The World

Join us for a full hour of a biblical perspective on the news of the day. Hear why the EQUALITY ACT and the FAIRNESS FOR ALL ACT are two very dangerous halves of a whole problem. Find out what happened on November 1st at the Supreme Court and learn why December 1st is such a significant date for those who are fighting to defend life. Get ready to think critically and biblically and discover how to use your voice for good. 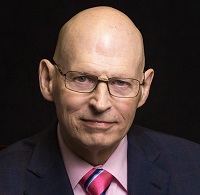 Fred Sievert started his career as a teacher, later entered the insurance business and retired in 2007 as President of New York Life Insurance Company, a Fortune 100 corporation. Fred has held numerous leadership positions in industry related associations and organizations. He is a past-chairman of the Life Insurance Council of New York (LICONY), The American College of Financial Services and The Actuarial Foundation. Following his retirement, Fred attended Yale Divinity School and was awarded a master’s degree in religion in May of 2011. In 2014, Fred finished his first book on his many personal encounters with God titled, God Revealed: Revisit Your Past to Enrich Your Future. In 2018, he published his second book titled, Grace Revealed: Finding God’s Strength in Any Crisis, containing stories of people who were in crisis and only found comfort and relief through their faith.