Most Americans know the story of the Pilgrims, people who braved seas and sickness to find a new land where they could practice their faith in peace, but there is so much more to this story! As we begin our own Thanksgiving preparations, We visit with an award-winning journalist, historian and author,who will reveal little-known facts and firsthand accounts of the compelling drama that culminated in the first Thanksgiving!

Trying to escape persecution for their religion in the Old World, the Pilgrims crossed the ocean in a quest to find true religious freedom in a new world. Journey with an award-winning historian as he chronicles their anguishing journey filled with heroic strength, struggle and inspiration. Discover the true story of Thanksgiving and celebrate the love of religious liberty these Pilgrims carried with them across the sea. 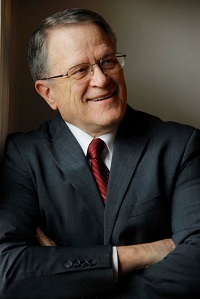 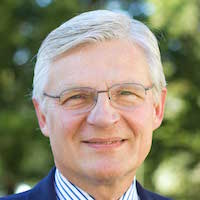 Dr. Peter A. Lillback is president and professor of Historical Theology at Westminster Theological Seminary located in Philadelphia. Dr. Lillback also serves as the President Emeritus and Founder of The Providence Forum, the non-profit organization that is committed to preserving and promoting America’s spiritual roots of religious and civil liberties. He is also the senior editor of the new Unio cum Christo: An International Journal of Reformed Theology and Life. He is the author of several books including: A Theological Guide to Calvin’s Institutes(Co-editor with David Hall), Wall of Misconception,  and George Washington’s Sacred Fire among others. Dr. Lillback has written numerous articles and is a frequent lecturer on many world-view issues.