There are five recurring themes in all societies around the world that people seek to answer. The questions regarding Totality, Norm, Deliverance, Destiny, and Higher Power permeate books, tv, and social media from one culture to another. Our guest will explain these connections and how Jesus answers all five questions. He will also help us apply them to our own life first and then equip us to speak of him to others in a way that is truly magnetic.

Join us for a full hour of news and information. We look at some of the stories making news and then share the exciting news of yet another new God’s Not Dead movie. What are the limitations of government and how do we follow God in troubled times? We round out this hour of radio by telling you why Ratio Christi Campus Apologetics Alliance filed a lawsuit over discrimination at the University of Houston-Clear Lake. 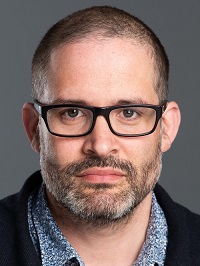 Dr. Daniel Strange is the Director of Crosslands Forum. Before joining Crosslands full time, he was College Director for Oak Hill Theological College. A former UCCF worker with a PhD in Theology and Religious Studies. He is author of several books, co-founder of The Southgate Fellowship, a trustee of Tyndale House and contributing editor for Themelios. 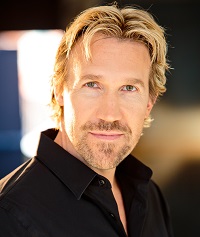 David A.R. White is a storyteller by nature. And while he tells many stories through his acting, producing and filmmaking, a greater one encompasses them all: the calling of God on each of our lives. David has been building his career in the film industry for more than 20 years, and in doing so he has learned a few things about following a God-given dream. As a founding partner of Pure Flix Entertainment and with many credits to his name, David’s career hit new heights in 2014 with the release of the Pure Flix film God’s Not Dead, in which he also starred. It soon became one of the most successful independent faith-based films of all time, making his studio, Pure Flix, the most successful Christian film production company in the industry. He has starred in nearly 20 feature-length films, including God’s Not Dead, God’s Not Dead 2, God’s Not Dead: A Light in Darkness, Jerusalem Countdown, Me Again, Brother White, Revelation Road 1 & 2, 3, and many others. 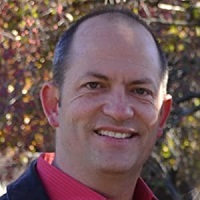 Corey Miller, PhD, is the President/CEO of Ratio Christi (2015-Present). While he grew up in Utah as a seventh generation Mormon, he came to Christ in 1988. He has served on pastoral staff at four churches and has taught nearly 100 college courses in philosophy, theology, rhetoric, and comparative religions at various places (Purdue, Indiana University, Multnomah University and Ecola Bible College). From 2009-15 he served on staff with Cru’s Faculty Commons ministry at Purdue. He taught philosophy and comparative religions at Indiana University for 12 years. While variously published in journals (International Philosophical Quarterly, Philosophia Christi, Christian Research Journal, etc.), he is also author or co-author of Leaving Mormonism: Why Four Scholars Changed their Minds (2017),  Is Faith in God Reasonable? Debates in Philosophy, Science, and Rhetoric (2014), In Search of the Good Life: Through the Eyes of Aristotle, Maimonides, and Aquinas (2019), and Engaging with Mormons: Understanding their World, Sharing Good News (2020). Dr. Miller holds masters degrees in philosophy, biblical studies, and in philosophy of religion and ethics. His PhD is in philosophical theology from the University of Aberdeen, Scotland. He is passionate about defending and proclaiming the truth of the Gospel in winsome and bold ways.