The number of people living in abject poverty is decreasing at an unprecedented rate. Capitalism has played a major role in lifting people out of such poverty, yet many raise legitimate concerns about capitalism: Does capitalism hurt the poor? Promote materialism? Harm the environment? Allow the rich to get richer at the expense of others? Is capitalism the best system for organizing societies and economies? Join us for a fascinating conversation on the subject of capitalism and whether or not it aligns with the Truths of Scripture. 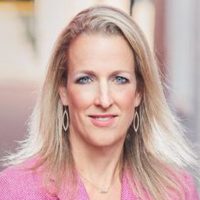 Anne Bradley is the George and Sally Mayer fellow for Economic Education and the Academic Director at The Fund for American Studies. She served as the Vice President of The Institute for Faith, Work, and Economics.  She teaches at George Mason University and Grove City College as well as at The Institute for World Politics.  Her previous works include: Counting the Cost: A Christian Perspective on Capitalism and For the Least of These:  A Biblical Answer to Poverty. Her forthcoming edited volume is due in October:  Set Free:  Religious Freedom for All.