All sparked movements in the name of liberating their people from their oppressors—capitalists, foreign imperialists, or dictators in their own country. These revolutionaries rallied the masses in the name of freedom, only to become more tyrannical than those they replaced.
Much has been written about the anatomy of revolution from Edmund Burke to Crane Brinton Crane, Franz Fanon, and contemporary theorists of revolution found in the modern academy. Yet what is missing is a dissection of the revolutionary minds that destroyed the old for the creation of a more harmful new. Join us as our guest explores basic questions about the revolutionary personality, and examines how these revolutionaries came to envision themselves as prophets of a new age.

Hour 2: Who Is The Anti-Christ?

Who is the antichrist---and how will we recognize him when he appears? What advance signs will herald his rise to power? Does God's Word identify him as the military leader "Gog" in Ezekiel? Disputing recent speculation that this mysterious figure could be a Muslim or a Jew, our guest will explain what Scripture does and does not say about this dark figure. 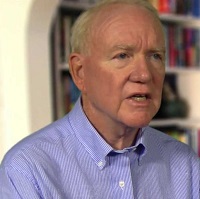 Donald T. Critchlow, Katzin Family Professor at Arizona State University. Critchlow has lectured extensively in Europe as a distinguished State Department lecturer, and in China and Brazil. He is the co-editor of the first definitive history of the United States, published in Polish, "Historia Stanów Zjeednockownych Ameryki". He is the author and editor of 23 books including, "In Defense of Populism" (University of Pennsylvania Press, 2020); "Republican Character: From Nixon to Reagan" (University of Pennsylvania Press,2017), and "Future Right: The Forging of a New Republican Majority" (St. Martin’s Press, 2016).