Hour 1: The Path Out Of Loneliness

Loneliness has reached epidemic proportions. We have lost the art of connection and relationship, and it's killing us. Odds are good that you have a loved one or friend whose struggle with addiction, mental illness, suicidal thoughts, or self-injury stems from loneliness. Maybe it's you. Perhaps you're feeling depressed or anxious, struggling with compulsive behavior, or simply questioning whether you are truly seen, loved, and valued. The culprit could well be that you're lonely. Join us today to develop habits that will move you from isolation to connection. You'll learn the importance of attachment, the art of connection, the power of relationships, the priority of personal responsibility, the gift of vulnerability, and the vision of God, who knew from the beginning that it's not good for us to be abandoned to ourselves.

We start this hour with the stories making headlines today. We then share the exciting news of a new, major movie picture coming soon that tells the story of how C.S. Lewis came to faith in Christ. We round out the hour by hearing from one of the best reporters in Washington on the mounting tension between China and Taiwan and why American is cutting back on its nuclear stockpile when other nations are not. Join us for a full hour of news and views. 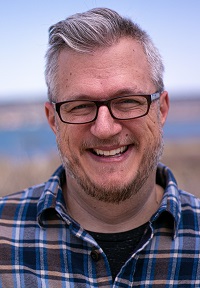 Dr. Mark Mayfield is a former pastor, a licensed professional counselor (LPC), a board certified counselor, and founder and CEO of Mayfield Counseling Centers. He has more than 14 years of professional counseling experience in clinical, judicial, and faith-based counseling settings across a wide range of patient demographics. Mayfield has professional experience in treating and addressing anxiety, depression, and PTSD, substance abuse, domestic violence, self-injury, and suicide. He is passionate about the integration of faith and mental health. 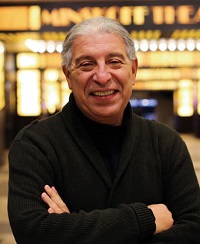 Max McLean is an award-winning actor and founder and artistic director of New York City-based Fellowship for Performing Arts. FPA produces theatre and film from a Christian worldview meant to engage diverse audiences. FPA produced and Max stars in the upcoming film The Most Reluctant Convert: The Untold Story of C.S. Lewis premiering nationwide Nov. 3, 2021.  Recent FPA productions in New York City include The Screwtape Letters, The Great Divorce, C.S. Lewis Onstage: The Most Reluctant Convert. Each was either adapted for the stage or written by Max McLean. Other New York productions include Paradise Lost, Shadowlands, A Man for All Seasons and Martin Luther on Trial. Many of these productions have toured at major venues across the country and have been seen by nearly a million people. As an actor, Max created the roles of Screwtape (New York, London, national tour), C.S. Lewis in The Most Reluctant Convert (New York, national tour) and Mark in Mark’s Gospel for which he received a Jeff Award – Chicago theatre’s highest honor.  Max’s work has been cited in The New York Times, Wall Street Journal, The Washington Post, The Chicago Tribune, CNN, The Guardian and The Boston Globe among many others.  His narration of The Listener’s Bible published by HarperCollins and Biblica has received four Audie Award nominations from the Audio Publishers Association.