In the aftermath of the pandemic, even those who have never struggled with mental health have found themselves reeling, looking for answers they don't know how to find. For Christians, especially those who've despaired of help from a church that has too often stigmatized mental health challenges as a lack of faith, the way forward can be particularly difficult to see. Our guest aims to fix that. Having fought his own way through crippling anxiety, life-altering OCD, and suicidal thoughts, he knows the value of concrete advice grounded in strong biblical truth. Join us to hear thoughtful, needed counsel for the body of Christ to become a refuge of hope for the anxious.

As Christians, we play into the hand of Satan and his demonic host when we approach demonic warfare as a theoretical game or curiosity rather than a life-threatening conspiracy from the pit of hell. While we try to see how "normal" we can still appear to other Christians and our non-Christian colleagues and neighbors, demonic accusers relentlessly and ruthlessly plot our distraction and destruction. Join us with your questions on this most crucial topic. Listener as our guest clarifies and explains the "how to's" for recognizing and resolving attacks from the world, the flesh and the devil. 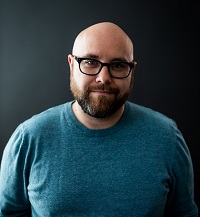 Jonathon M. Seidl is the founder and president of The Veritas Creative, a digital media consulting and content creation firm. For the last decade he has been telling stories. In fact he's written over 6,000 of them, first after helping start a top-50 news site, then as the editor-in-chief of the popular non-profit I Am Second, and recently creating and overseeing Kirk Cameron's media venture, TheCourage. Jon has seen how the power of storytelling can transform people, businesses, and culture, especially after sharing his own story of battling anxiety and OCD.