Extramarital affairs are certainly not the social taboo that they once were, and may be more prevalent now than ever. Unfortunately, Christians are not exempt. With the anonymity of the Internet and the privacy of personal mobile phones, the temptation to cheat on one's spouse has fertile ground to grow. After straying to the other side of this marital fence - and returning to find forgiveness and restoration - our guest will share what predicts and prevents an extramarital affair. Learn how to fight for your marriage.

In a society where sensitivities take precedence over honesty, it can often feel impossible to openly speak your mind. From managing conflict resolution in the workplace to navigating differences at home, many issues remain unaddressed and unresolved when you cannot speak clearly, candidly, and truthfully for fear of negative consequences. It’s time to learn how to speak the truth in love. Join us to learn how truth and love together can unlock pathways to more effective leadership and relationships—even in a day and age when many remain silent for fear of speaking up. Discover how speaking with sensitive and effective candor can reshape your relationships and enable you to live a life of honesty and freedom. 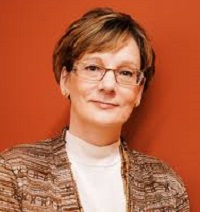 Nancy C. Anderson is an award-winning writer who is the author of Avoiding the Greener Grass Syndrome and a contributing writer to thirty other books, including six Chicken Soup for the Soultitles. Nancy has been featured in national media such as The Huffington Post, The 700 Club, WORLD Magazine, Our Daily Bread and FamilyLife Today. 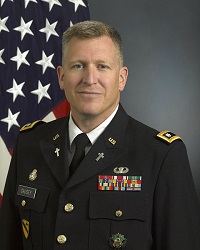 Charles Causey - the author of seven books - has the privilege to serve America's heroes every day as a U.S. military chaplain just like his father served in the 50s and 60s. Charles is married to Lauri and they have four children; Nickolas, Madison, Hannah, and Isaiah. He is the creator of the Words and Deeds Integrity Diagnostic and co-author of the Unbreakable marriage conference curriculum used nationwide. Charles is a graduate of the University of Colorado in Boulder and holds several advanced degrees including a doctorate. Charles is currently stationed in Honolulu, Hawaii.