Hour 1: God and the Problem of Evil

Whether reeling from a financial crisis or wringing your hands in a hospital waiting room, you've probably struggled to make sense out of sorrow. Today our guest flags the religious and philosophical dead-ends that can make tough situations even worse. He will offer a thoughtful analysis of the existence of evil. He will also lead us to discover what the Bible has to say about God's sovereignty, our own free will, and Satan's potential influence in our painful experiences and what to do when God seems silent. Join us for an encouraging conversation.

Hour 2: Count It All Joy

We think of suffering as the worst of all evils. Our culture tells us to avoid it at all costs. But can suffering produce growth in us when we learn to endure it . . . then value it . . . then allow God to redeem it? Our guest suffered at the hands of a white sheriff in a Mississippi jail and that became the springboard that God used to put him in front of U.S. presidents, international politicians, and evangelical church leaders. Join us to learn how to see endurance in suffering as a virtue that makes us more like Christ and ultimately produces uncommon joy in the heart of the sufferer who trusts in Him. Christ walked the path of love all the way to the cross, and even in the midst our brokenness, we can do the same.

Ron Rhodes (ThD), president of Reasoning from the Scriptures Ministries, is heard regularly on nationwide radio and is the author of The End Times in Chronological Order, The 8 Great Debates of Bible Prophecy, and 40 Days Through Revelation. He periodically teaches at Dallas Theological Seminary and several other seminaries. 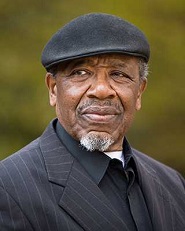 Dr. John Perkins is the founder and president emeritus of the John and Vera Mae Perkins Foundation and co-founder of Christian Community Development Association. He has served in advisory roles under five U.S. presidents, is one of the leading evangelical voices to come out of the American civil rights movement, and is an author and international speaker on issues of reconciliation, leadership, and community development. For his tireless work he has received 14 honorary doctorates from universities including: Virginia University of Lynchburg, Wheaton College, Gordon College, Huntington College, Geneva College, Spring Arbor University, North Park College, and Belhaven College. In 2004 he partnered with Seattle Pacific University to launch the campus-based John Perkins Center for Reconciliation, Leadership Training, and Community Development.