Best of In The Market: From Rubble To Redemption

On September 11th, 2001, our guest woke up to the nightmare that was 9/11. A few days later, he was headed for Ground Zero in his official capacity as a US Navy Chaplain. Deeply affected by what he experienced there; he has decided to share his story with the world as we approach the 20th anniversary of 9/11. Through his encounters with the victims' families, political leaders like Rudy Giuliani, and celebrities like Elton John, he saw God show up in very unique and amazing ways during his time serving at Ground Zero. Listen as we are reminded that we must never forget and learn how God can bring redemption out of the rubble. 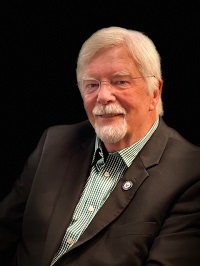 Jim Jenkins was a Navy Reserve Chaplain for 21 years, and a pastor for 40 years. He holds a Doctorate in Ministry from Fuller Theological Seminary, and taught Bible College and Seminary courses at The King’s Seminary for more than 10 years. As part of the Chaplain’s Emergency Response Team, Jim and the other team members received the Distinguished Service Award for their service at Ground Zero. Jim lives in Monmouth, Oregon, but often travels the country to encourage pastors and congregations.