Some say science and religion have been at war with each other for centuries but is that true? Is religion really anti-science? Join us as we explore seven of the most popular and pernicious myths about science and religion. Our guest will lay out the facts to show how far the conventional wisdom departs from reality and he will show how these myths have proliferated over the past four centuries and how they still exert influence today.

Today you will hear the amazing story of a man who journeyed from gay activism and distrust of religion to becoming a Christian. Exploring New Age teachings, existentialist philosophy, and postmodernism, our guest was left dissatisfied. But then Jesus showed up in his life in a highly unexpected way and led him down a path he never imagined. Learn how love can be transformed in a radically new and meaningful way. 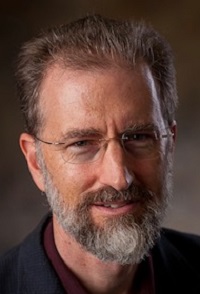 Michael Keas is a senior fellow for the Center for Science and Culture at the Discovery Institute. After earning a Ph.D. in the history of science from the University of Oklahoma, Mike Keas won research grants from such organizations as the National Science Foundation and the American Council of Learned Societies. He experienced some of the last historic moments behind the Berlin Wall as a Fulbright scholar in East Germany. Keas serves as lecturer in the history and philosophy of science at Biola University and on the board of directors of Ratio Christi, an alliance of apologetics clubs on college campuses. He has written numerous articles, including “Systematizing the Theoretical Virtues” in the top-tier philosophy journal Synthese. This essay analyzes twelve traits of reputable theories, and has generated dialogue across many fields. With a quarter-century of experience teaching science and its history to college students, Keas is qualified to lay out the facts to show how far the conventional wisdom about science and religion departs from reality. 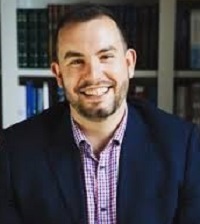 David comes from Sydney, Australia where he studied journalism and then international relations. He moved to Oxford to pursue his studies in theology and train as an apologist from a skeptical, atheist background as an anti-Christian gay activist. David now holds undergraduate and postgraduate degrees in theology from Oxford, a master’s degree in theology from the University of St Andrews, Scotland, and is now completing his doctorate (DPhil) in theology at Oxford. He specialises in the relationship between queer theory, asceticism and contemporary Anglican theology, especially ethics, and the role of desire in knowing God.