The long-simmering crisis that grips our culture has exploded in recent years, leaving us divided and intransigent. Discourse seems futile when we are no longer a people with shared principles or even a shared understanding of reality. What seems obvious to one person is patently absurd to the next. This collapse of meaning is not accidental. It has been plotted and documented for decades, and now presents in its current form as Woke ideology. Join us as our guest unmasks this ideology by examining its history, major players, premises, and tactics, showing us that “Wokeness” at its core is an ideology of rupture and a war against Christianity.

Join us for a full hour of news and opinions. We start with the headlines and then learn how to pray for the largest group of influencers in the world – those in the entertainment business. We finish the hour learning how some want to grant “rights” to rivers and animals. We also will hear what can and cannot be sold on a major website. No question about it – your prayer list will lengthen after our discussion!! 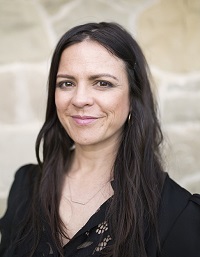 Noelle Mering is a Fellow at Washington DC based think tank the Ethics and Public Policy Center where she co-directs the Theology of Home Project. She is an editor for Theology of Home, co-author of the Theology of Home book series, and the author of Awake, Not Woke: A Christian Response to the Cult of Progressive Ideology. She studied philosophy and theatre at Westmont College in California and did graduate work in philosophy at the Franciscan University of Steubenville.