Life is precious and worth fighting for – and sometimes that comes at a cost. Join us as we get an update on one of the most important pro-life cases in the country – and learn the penalty one brave young man is facing. Then, how we help heal America? Through radical grace. Hear from a former Civil Rights leader as he explains how we can truly unite America.

This hour we discuss the advancing movement on Capitol Hill to introduce legislation that allows women to be drafted. Is this a good idea for our military or for our country? Then, learn of a major victory on campus for a long-standing Christian ministry. Learn about the new Gen Z Student Survey as well. 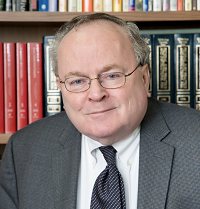 Tom Brejcha has served as president and chief counsel of the Thomas More Society, defending the sanctity of life, religious liberty, and family values for the last 17 years. He has been litigating cases in federal and state courts over the last four and a half decades. Tom has testified before U.S. Congressional Committees (Judiciary, Ways & Means), as well as before state and city legislative and regulatory committees. He has appeared on many national and local broadcast shows and other media, such as Fox News’ Bill O’Reilly and Sean Hannity shows, MSNBC, CNN, Relevant Radio, EWTN, CBN, the 700 Club, and Chicago Tonight. Many groups have given him awards for his legal work as well as for his pro-life and religious commitments, including Catholic Charities, Pro-Life Action League, National Lawyers Association, Cardinal Mindszenty Foundation, Illinois Citizens for Life, Illinois Students for Life, Chicago Catholic Citizens, and others. 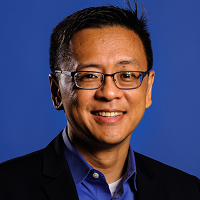 Greg Jao serves InterVarsity Christian Fellowship/USA as the Executive Vice President of Communications & Mobilization Chief Communications Officer. Greg has more than two decades of experience with InterVarsity, working at InterVarsity Press as well as in the field. Greg is the author of Your Mind’s Mission (an Urbana Onward book), The Kingdom of God (a LifeGuide Bible Study), and a contributing author to Following Jesus without Dishonoring Your Parents (a discipleship book for Asian Americans) (all published by IVP), Telling the Truth (a book on postmodern evangelism), and Voices of Conflict & Voices of Hope (a two-volume study of American teenagers).