Do you struggle with sexual sin? Are you convinced you will never be set free? Can God truly forgive you and take away your shame and guilt? Join us as our pastor/guest shares his own struggles with sexual sin and invites you to join him in making a lifelong commitment to pursue sexual purity through the power of the Gospel.

Hour 2: Light In The Darkness

This hour we focus on some horrific anti-Semitic educational materials working their way through the state Assembly in California and you will hear from one woman brave enough to stand up against the hatred. Then, hear stories of the people who risk everything to share Good News in the Middle East. 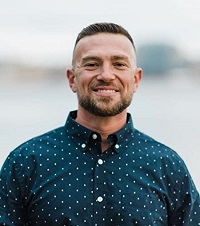 J. Garrett Kell completed his undergrad at Virginia Tech, where he came to know the Lord through the witness of a friend. Garrett served as the evangelism pastor at Denton Bible Church while earning his ThM from Dallas Theological Seminary. He then served as a pastor with Graham Bible Church in Graham, TX, for seven years. He later spent time on staff with Capitol Hill Baptist Church, who helped place him with Del Ray Baptist Church, where he has served as a Pastor since 2012. 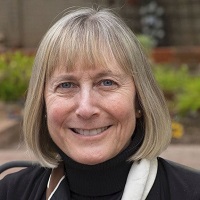 Tammi Rossman-Benjamin is cofounder and director of AMCHA Initiative, a non-profit organization that investigates, documents and combats anti-Semitism at institutions of higher education in America, and was a faculty member in Hebrew and Jewish Studies at the University of California from 1996 – 2016. She writes, researches, advocates and lectures widely on campus anti-Semitism, anti-Zionism, and academic freedom. Her scholarly essays have been published in academic volumes and journals, and her numerous articles and op-eds have appeared in Newsweek, The Hill, New York Daily News, Los Angeles Daily News, the Forward, JTA and many others. She was nominated for Jewish Hero of the Year by the Jewish Federation of North America, named one of 2013’s Bright Pro-Israel Lights on U.S. Campuses by the Jewish Press and honored as one of the Jewish Top 100 by The Algemeiner.

Tom Doyle fell in love with the Middle East on his first Bible tour of the Holy Land. In 1995 he became an official tour guide for the state of Israel and developed a passion for ministering to the Israeli people, Arabs and Jews alike. Tom and his wife, JoAnn, felt a call from God to full-time ministry there in 2001. In 2017 the Doyles launched Uncharted Ministries, which seeks to Inspire the Body of Christ to rise up join the new great awakening among Jews and Muslims in the Middle East and in uncharted territories around the world. Tom is a master storyteller with several books highlighting God’s miraculous work among the Muslim people. His best-known books include Dreams and Visions, Killing Christians, and Standing in the Fire, which was a Finalist for the 2018 Book of the Year by the Evangelical Christian Publishers Association.