Hour 2: The Enemy Is Prowling

Spiritual warfare is a fascinating subject theologically but, so many people in the Church fail to recognize the reality of the battle that wages all around them. How can we be victorious if we don’t understand the ground war of the enemy? Come with your questions and learn the tactics of successful warfare against an enemy that wants you weak and ineffectual. 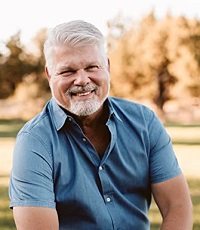 Matt Jacobson is the founder of FaithfulMan.com, an online social media community focusing on marriage, parenting, and biblical teaching, with a cross-platform reach of over one million per month.  He has been a teaching elder at Tumalo Bible Fellowship for 12 years. He attended Multnomah Bible College for a year, then studied philosophy at Trinity Western University for four years. For more than 20 years he worked in the book publishing industry in various roles including as VP of Marketing & Editorial, Multnomah Press. Matt is the president of Loyal Publishing, and founder and president of Loyal Arts Literary Agency. He is the author of the bestselling 100 Ways to Love Your Wife and 100 Words of Affirmation Your Wife Needs to Hear.