In a divided country desperate for unity, two sons of South Carolina show how different races, life experiences, and pathways can lead to a deep friendship—even in a state that was rocked to its core by the 2015 Charleston church shooting. One guest, an African-American US senator, and the other guest, a retired white US congressman, won’t allow racial lines to divide them. They worked together, eat meals together, campaigned together, and made decisions together. Yet in the fall of 2010—as two brand-new members of the US House of Representatives—they did not even know each other. Their story as politicians and friends began the moment they met and is a model for others seeking true reconciliation. Don't miss this riveting conversation.

Forty-two seconds. That's the average length of Jesus' conversations as recorded in the Gospels. Not every dialogue Jesus had was written down, but this glimpse into his way of interacting makes one thing clear: Jesus deeply and eternally impacted people's lives through brief, everyday connections. Jesus kept it simple, straightforward, and real. Join us today to learn how to be like Jesus as you engage daily with those God has placed in your life. 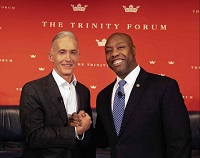 Trey Gowdy is a former state and federal prosecutor who experienced the criminal justice system firsthand for nearly two decades. In 2010, he was elected to Congress, and was chair of the House Committee on Oversight and Government Reform and chaired the Select Committee on Benghazi. Gowdy served from 2011 to 2019. In January of 2018 annouced his plans to leave politics and return to private law practice. Gowdy is the co-author of the New York Times bestseller Unified.

Senator Tim Scott is the Republican junior senator from South Carolina. He has served since Jan 3, 2013. He was previously the representative for South Carolina’s 1st congressional district as a Republican from 2011 to 2012. Senator Tim Scott has made it his mission to positively affect the lives of a billion people through a message of hope and opportunity. He is the first African American elected to both the US House and US Senate since Reconstruction, and he has given a series of powerful speeches on racial reconciliation in the United States. 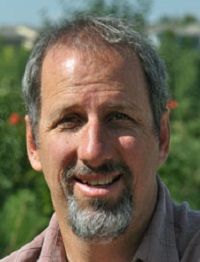 Carl Medearis is an international expert in the field of Arab-American and Muslim-Christian relations. He acts as a catalyst for a number of current movements in the Middle East to promote peace-making, as well as cultural, political and religious dialog leading toward reconciliation. He is the author of several acclaimed books including Muslims, Christians and Jesus, Speaking of Jesus, Adventures in Saying Yes, and Tea with Hezbollah.