Civilization is fighting to survive tragic times. Our guest will provide a spiritual warfare guide that will prepare our hearts and minds for battle, teaching us to identify, understand, and fight evil forces. With God, we will rise as virtuous Christian warriors who defend and protect the innocent, helpless, and oppressed.

Hour 2: Fighting For Our Families

Join us today as we look at a recent decision by the Department of Education that prioritizes some students over others. Plus, we will see what the future of Christian education might look like if First Amendment protections are removed. Lastly, we will discuss a free speech case being reviewed by the U.S. Supreme Court. Come with your questions as we discuss these crucial issues. 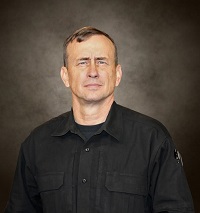 Lt. Col. Dave Grossman is the Director of the Killology Research Group. He is an internationally recognized scholar, author, soldier, and speaker who is one of the world’s foremost experts in the field of human aggression and the roots of violence and violent crime. Col. Grossman is a former West Point psychology professor, Professor of Military Science, and an Army Ranger who has combined his experiences to become the founder of a new field of scientific endeavor, which has been termed “killology.” In this new field Col. Grossman has made revolutionary new contributions to our understanding of killing in war, the psychological costs of war, the root causes of the current "virus" of violent crime that is raging around the world, and the process of healing the victims of violence, in war and peace. Col. Grossman is an Airborne Ranger infantry officer, and a prior-service sergeant and paratrooper, with a total of over 23 years experience in leading U.S. soldiers worldwide. He retired from the Army in February 1998 and has devoted himself full-time to teaching, writing, speaking, and research. Today as the director of the Killology Research Group, and in the wake of the 9/11 terrorist attacks, he is on the road over 200 days a year, training elite military and law enforcement organizations worldwide about the reality of combat.