Hour 1: Media and the Message

This hour we discuss of the stories making headlines and then wing our way to Hollywood to learn how to pray for the most powerful group of influencers in the world. We then turn our plane around and head to the Middle East to learn how the Gospel message is changing lines. Join us to learn how to pray effectively in our world today!

Hour 2: Views From The Spectrum

Raising a child with autism is both a challenge and an adventure--and sometimes parents need to know there can also be wonderful potential for blessings. Our guest today will share the inspiring stories of young adults with autism and how each of their family's unwavering support and faith in God led them to accomplish what was thought impossible. As a thriving adult with autism himself, our guest is determined to educate the world on the gifts and talents autism can cultivate--even when they differ from our expectations of typical success. 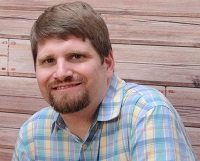 Ron Sandison was diagnosed with autism as a child and is the founder of Spectrum Inclusion and an advisory board member of the Art of Autism and the Faith Initiative of the Autism Society of America. He works full-time in the medical field, is professor of theology at Destiny School of Ministry, and speaks on autism at more than seventy events a year. His previous work includes A Parent's Guide to Autism.