Hour 1: Trouble In The Holy Land?

There is a political earthquake taking place in Israel right now. A major political shift is taking place, causing many to wonder about the future of Israel. What does this mean for Christians who pray for and love the Jewish State? Join us as we explore this topic fully from both a geopolitical as well as a biblical perspective.

Everyone is fascinated about the topic of spiritual warfare but are you prepared for the spiritual warfare of the final days? You must understand the battle if you are to fight effectively. Our guest, a renowned apologist, will teach us about the spiritual armor God provides, the tactics of the enemy, and the vital roles of the Holy Spirit and the Word of God, reminding you to remain close to Christ. Join us for a fascinating conversation that will help provide you with all you need for victory both now and in the future. 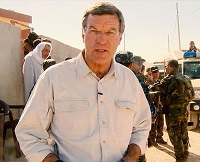 Chris Mitchell serves as CBN News Middle East Bureau Chief. Prior to joining CBN News in 1992, Mitchell worked for three years as a researcher, producer, and reporter for the Features/Testimonies department of The 700 Club. A native of the Boston, Massachusetts area, Mitchell earned a B.A. in History at the University of New Hampshire in 1975. In 1987, he graduated with honors from Regent University, earning an M.A. in Communication. While a student at Regent (then CBN University), Mitchell anchored Newsight, a student-produced Christian news program. 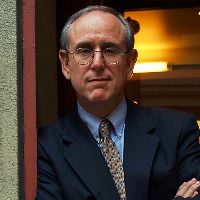