Best of In The Market: Unbroken

On this Memorial Day weekend, join us to hear the true story of the survival and redemption of a delinquent young man whose restless soul took him on an almost unbelievable adventure. Learn how his defiance led him to start running which would ultimately lead him to the Berlin Olympics. When World War II broke out, this athlete became an airman and his life took an unforgettable turn. What he endured was unimaginable but through his brokenness, he learned the ultimate power of forgiveness. Don't miss this fascinating conversation. 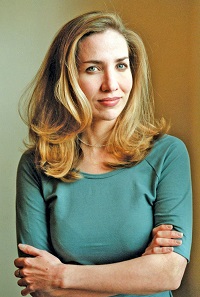 Laura Hillenbrand is the author of the #1 New York Times bestseller Seabiscuit: An American Legend, which was a finalist for the National Book Critics Circle Award, won the Book Sense Book of the Year Award and the William Hill Sports Book of the Year Award, landed on more than fifteen best-of-the-year lists, and inspired the film Seabiscuit, which was nominated for seven Academy Awards, including Best Picture. Hillenbrand’s New Yorker article, “A Sudden Illness,” won the 2004 National Magazine Award, and she is a two-time winner of the Eclipse Award, the highest journalistic honor in Thoroughbred racing. She and actor Gary Sinise are the co-founders of Operation International Children, a charity that provides school supplies to children through American troops