Hour 1: 3 Words That Will Change Your Life

One tiny little sentence can change your life. Ready for it? "God is here." It may sound obvious at first, but truly understanding these three words is the key to more happiness, less boredom, more rest, less rush, more love, less drama, more peace, less fear. A deeply satisfying life doesn't require a sabbatical, a mission trip, or a New Year's resolution. As long as God is glorious enough and near enough, you can enjoy the life that is truly life--not just the cheap substitutes we've settled for. Join us to learn how to recognize God's impact on your life and find the joy He's been waiting to give you.

“How come you still believe?” That’s the most common question our guest has been asked over ten years of presenting his faith debate radio show, on the largest Christian broadcasting network in the U.K. Gleaning from hundreds of conversations with atheists and Christians, sceptics and believers, he will make his case for faith. Having heard both the objections and evidences from the world's leading thinkers, he will show why he believes Christianity still remains the best explanation of life, the universe... and everything. 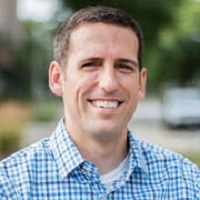 Pastor Mike Novotny has served God’s people in full-time ministry since 2007 in Madison and, most recently, at The CORE in Appleton, Wisconsin. He also serves as the lead speaker for Time of Grace, where he shares the good news about Jesus through television, print, and online platforms. Mike loves seeing people grasp the depth of God’s amazing grace and unstoppable mercy. 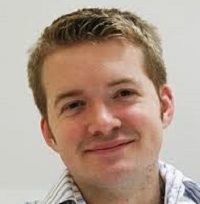