Hour 1: Take It Back

The American Psychological Association asserts that "traditional masculinity is psychologically harmful." Many agree that "forcing men to behave in accordance with the worst stereotypes of manliness harms them, and it harms others." But is the answer then to marginalize and feminize men? Despite culture’s determination to redefine masculinity, the great heart cry of our day is for men to rise up and take back their rightful place. It’s a cry that echoes deep in the soul and from all ends of our society, and particularly from the women who love their fathers, husbands, brothers, and sons. Most women want their men to be honored and to stand up and be men. Men have faltered and lost a lot of influence and territory. The good news is that for many who struggle there is often a daily yearning to make it right. Join us to find encouragement and affirmation that you matter as a man, that you can be a difference-maker in your circle of influence and have a positive impact on the culture. You will find grace to overcome your shame over past mistakes and find the ability to move forward.

Hour 2: Not All Roads Lead To Heaven

Will following the teachings of Buddha, Muhammad, and Christ all ultimately lead us to the same place? Enlightenment and salvation, are they similar end goals? Are there simply many paths to one destination? It’s a topic that comes up frequently if you spend time sharing your faith. Join us for the answers. 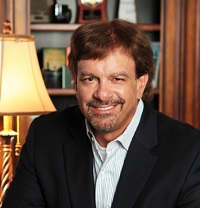 Tim Clinton, Ed.D, LPC, LMFT, is the President of the American Association of Christian Counselors (AACC), the largest and most diverse Christian counseling association in the world. Dr. Clinton also serves as the Executive Director of the James Dobson Family Institute and recurring co-host of "Dr. James Dobson’s Family Talk," heard on nearly 1,300 radio outlets daily. Licensed as a Professional Counselor and as a Marriage and Family Therapist, Dr. Clinton is recognized as a world leader in mental health and relationship issues and spends much of his time working with Christian leaders and professional athletes. He has authored or edited nearly 30 books. 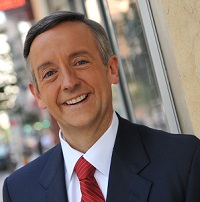 Dr. Robert Jeffress is senior pastor of the 13,000-member First Baptist Church in Dallas, Texas, and a Fox News contributor. His daily radio program, Pathway to Victory, is heard on more than nine hundred stations nationwide, and his weekly television program is seen on more than ten thousand cable systems and stations in the United States and in 195 countries around the world. Known for his bold, biblical stands on cultural issues, Jeffress has been interviewed on more than two thousand radio and TV programs, including Good Morning America, CBS This Morning, Fox & Friends, MSNBC, CNN, Real Time with Bill Maher, Hardball with Chris Matthews, and The O'Reilly Factor. He is the author of more than twenty books, including Not All Roads Lead to Heaven.