Hour 1: Born This Way? Homosexuality, Science and the Scriptures

Lady Gaga's song "Born This Way" has become an anthem for homosexual rights, asserting in a simplistic fashion that same-sex attraction is a trait much like hair or skin color.  Our guest today will survey the most common scientific arguments in favor of homosexuality and respond to pro-homosexual arguments. A review of the research will show as of yet there is no proof of genetic or biological causation for homosexuality. Discover how to culturally engage on this most controversial topic.

Hour 2: Evidence That Demands a Verdict

He is one of the best known apologists in the world. This great teacher has armed thoughtful Christians with historical documentation and modern scholarship, bearing witness to the truth of the Bible. Today, he joins us to discuss one of his most important books, updated with more historical insights to encourage a new generation of believers, to embrace the truth of Christ in a skeptical culture. 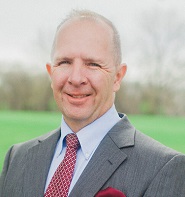 J.Alan Branch (Ph.D., Southeastern Baptist Theological Seminary) is professor of Christian ethics at Midwestern Seminary where he has served since 2001. He currently serves as a Research Fellow in Christian Ethics for the Ethics and Religious Liberty Commission of the Southern Baptist Convention, is a regular presenter at the Evangelical Theological Society, and frequent contributor to Baptist Press and the Missouri Baptist Pathway. In addition, he served as a chaplain in the United States Army Reserves from 2009 to 2013 and served a tour in the Middle East from 2011 to 2012. He preaches frequently and has served as interim pastor for churches in Kansas and Missouri. 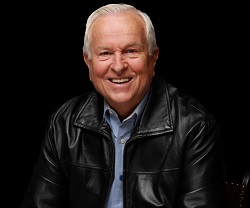 As a young man, Josh McDowell considered himself an agnostic. He truly believed that Christianity was worthless. However, when challenged to intellectually examine the claims of Christianity, Josh discovered compelling and overwhelming evidence for the reliability of the Christian faith. After trusting in Jesus Christ as Savior and Lord, Josh’s life changed dramatically as he experienced the power of God’s love. After his conversion, Josh committed his life to telling a doubting world about the truth of Jesus Christ. After studying at Kellogg College, Josh completed his college degree at Wheaton College and then attended Talbot Theological Seminary, graduating magna cum laude with a Masters of Divinity. Working with Campus Crusade for Christ and founding the youth outreach, Josh McDowell Ministry, Josh has shared the gospel with more than 25 million people in 125 countries. He is the author or co-authored of 147 books.