We're living in an era defined by global pandemics, natural disasters, political strife, and ever-shifting morality. Though at times we may feel tempted to question God's presence, our guest believes these trends actually signal the nearness of Christ---and the end of days. Learn to live in a chaotic world with complete confidence in God's plan! Don’t miss this fascinating conversation.

The “snowflake” rebellion and its juvenile temper tantrums are far from over. As the pampered and bubble-wrapped adolescents of Berkeley and Brown graduate, petulant progressivism is taking root in our nation’s corporations, courts, and even our Congress. A simple glance at the daily news reveals we now stand on the cliff of a cultural crisis where vitriol has replaced virtue, identity politics trump principle, character no longer matters, and elected leaders act more like spoiled children than mature adults. Join us as our guest, a former university president and bestselling author, presents common-sense solutions to the lunacy Americans face on the news, in the classroom, and from the mouths of elected officials in a powerful reminder that in the end, civilization relies on adults. 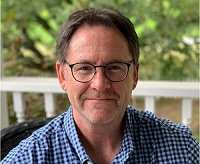 Jeff Kinley (ThM, Dallas Theological Seminary) has authored over 30 books and speaks across the US. Jeff served for over two decades as Student Pastor and Senior Pastor at churches ranging from medium-size to mega-church size. In 2000, he founded Main Thing Ministries, a non-profit organization whose mission is to equip and inspire Christians to become life-long followers of Jesus Christ. His ministry also equips churches and Christians to discern the times and live with confidence. Jeff’s weekly Vintage Truth podcasts are heard in over 80 countries. 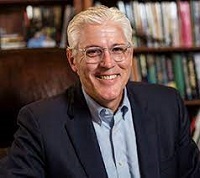 Dr. Everett Piper is the national bestselling author of Not a Daycare: The Devastating Consequences of Abandoning Truth and the 2016 recipient of the Jeane Kirkpatrick Award for Academic Freedom. He served as the president of Oklahoma Wesleyan University for 17 years, leading the school from relative obscurity to become one of today’s leading Christian universities. Piper is a contributing columnist for The Washington Times and has been featured on FOX and Friends, Tucker Carlson Tonight, The Rubin Report, NBC’s TODAY Show, and numerous other outlets.