Join us for a full hour of stories making the news. We will look at a few of today’s headlines as we begin and then move to a conversation on why some are calling for “rights for the Moon”. We will also discuss the grievous move toward euthanizing the disabled and mentally ill in Canada. We round out the hour talking with a Civil Rights leader on why the movement he was a part of has been betrayed by twisted progressive ideology.

Many people are familiar with Dr. Gary Chapman, author of The 5 Love Languages®. Millions have been transformed by this New York Times bestselling book. But as influential as Gary has been, the surprising thing is . . . he’s just a regular guy, not much different than you and me. And in the mirror of his life, you might discover your own story, too. What makes him tick may surprise you! Join us to hear his story – and what it might tell you about yours. 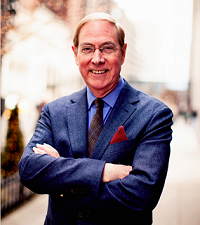 Gary Chapman, Ph.D. is an author, speaker, and counselor that has a passion for people, and for helping them form lasting relationships. Chapman is a well-known marriage counselor and director of marriage seminars. The 5 Love Languages® is one of Chapman’s most popular titles, topping various bestseller charts for years, selling over twelve million copies and has been on the the New York Times best-sellers list continuously since 2007. Chapman has been directly involved in real-life family counseling since the beginning of his ministry years, and his nationally-syndicated radio programs air nationally on Moody Radio Network and over 400 affiliate stations.