In a post-Christian, post-modern, post-truth society where Jesus followers aren't often well regarded, modern evangelism approaches are eroding and increasingly ineffective. Christians often talk more than we listen, confront when we should converse, and demand that people believe before they belong. We need a compelling way to share our faith that combines the timeless practices of Jesus with timely perspectives about our post-everything era. Join us for an important discuss on reviving evangelism.

Hour 2: The Problem with Jesus

From demons in his house to miracles. From why we all lie to the end of the world. From how to beat temptation to what Heaven, Hell, and the purpose of our lives really are. Our guest says that the scandal of Jesus is that he talked about all of these things and what they have to do with us and yet we ignore Him. It is time for that to end. Every person must make their own decision about Jesus and maybe you have, one way or the other, but we have to make sure we have a clear picture of him first. Do you? 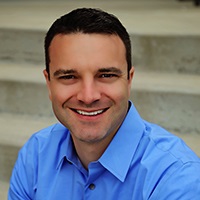 Craig Springer is the Executive Director of Alpha USA, a program that runs in over 6,500 churches across every major denomination and 500 prisons throughout the country. Alpha mobilizes over 50,000 volunteers and 360,000 participants annually in the US and over 1.3 million globally. Craig has been a leader and pastor in influential churches in Chicago and Denver, one of which was named Outreach Magazine’s 2014 Fastest Growing Church in America. 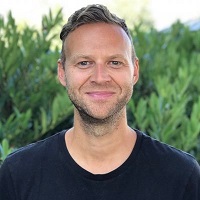 Mark Clark is the founding and teaching pastor of Village Church in Surrey, British Columbia, a multi-site church of thousands and expanding globally online. He was listed as one of the "26 Leaders To Watch" by Outreach Magazine in 2017, and his sermons have millions of downloads per year from over 100 countries! He is also the author of The Problem of God (Zondervan, 2017), and The Problem of Jesus