Join us for a full hour of news, starting with the stories making headlines. Then hear how one group is fighting to retain the military draft for men only. We round out the hour listening to how the Gospel is spreading throughout the Middle East. Get ready to lengthen your prayer list.

We tend to assume we’re okay—until we’re not. Getting healthy is an ongoing process that requires you to stop, dig deep, and ask yourself the hard questions. Our guest will challenge you to get real with who you are and how you’re doing spiritually, emotionally, mentally, and physically so you can recognize where you need growth and healing. Join us to learn how to understand and express your emotions in healthy and helpful ways; get to the root of what you believe about yourself, others, and God; recognize the influences of past traumas and replace them with God’s truth and more.

Elaine Donnelly is founder and president of the Center for Military Readiness, an independent, nonpartisan public policy organization that reports on and analyzes military/social issues.  Since its founding in 1993, CMR has advocated for high, uncompromised standards in all forms of military training and sound priorities in the making of military/social policies. Defense Secretary Caspar Weinberger appointed Mrs. Donnelly to the Defense Advisory Committee on Women in the Services (DACOWITS) for a three-year term. (1984–1986).  In 1992, President George H. W. Bush appointed her to the Presidential Commission on the Assignment of Women in the Armed Forces.  For a full year, the commission studied all aspects of issues surrounding women in combat in all branches of the service. Mrs. Donnelly is the author of a chapter titled “Defending the Culture of the Military,” which was published by the Air Force University Press in the book Attitudes Are Not Free – Thinking Deeply About Diversity in the U.S. Armed Forces,released in May 2010.  She also wrote a comprehensive, peer-reviewed article titled “Constructing the Co-Ed Military” for the May 2007 edition of the Duke University Journal of Gender Law & Policy.

Tom Doyle fell in love with the Middle East on his first Bible tour of the Holy Land. In 1995 he became an official tour guide for the state of Israel and developed a passion for ministering to the Israeli people, Arabs and Jews alike. Tom and his wife, JoAnn, felt a call from God to full-time ministry there in 2001. In 2017 the Doyles launched Uncharted Ministries, which seeks to Inspire the Body of Christ to rise up join the new great awakening among Jews and Muslims in the Middle East and in uncharted territories around the world. Tom is a master storyteller with several books highlighting God’s miraculous work among the Muslim people. His best-known books includeDreams and Visions, Killing Christians, and Standing in the Fire, which was a Finalist for the 2018 Book of the Year by the Evangelical Christian Publishers Association. 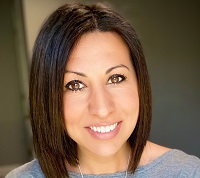 Debra Fileta is a licensed professional counselor and the author of True Love Dates, Choosing Marriage, and Love In Every Season. A passionate speaker, she challenges people to have a psychologically and spiritually healthy approach to relationships.