Join us to hear the amazing true story of someone who struggled to break through personal, professional and spiritual barriers. He is one of America’s most prolific and honored painters. His works have hung in the Professional Football Hall of Fame, the Alabama Sports Hall of Fame, the U.S. Capitol, the International Motorsports Hall of Fame, the Birmingham Civil Rights Institute, and the Paul W. “Bear” Bryant Museum as well as in the National Art Museum of Sport, in NCAA headquarters, and in many other venues. They also grace the walls of private collectors and sports notables worldwide. This unbelievably talented man credits Jesus for who he is and what he does. Join us to hear his incredible story.

Hour 2: The Rise of Anti-Semitism

Why is anti-Semitism on the rise? Why are we seeing it even in churches? How do we show the love of Jesus to our Jewish friends and show them that He is indeed the long-awaited Messiah? Join us for a conversation that is historical, evangelistic and culturally relevant on today’s broadcast. 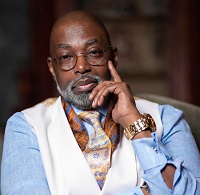 Artist Steve Skipper is the first African American to complete Artwork sanctioned by NASCAR, University of Alabama, PGA, PBR, with unveilings at The MGM Grand and Monte Carlo of Las Vegas and Chelsea Peers of New York City. Recognized by Civil Rights Icon Ambassador Andrew J. Young, NFL legends Bart Starr, Ozzie Newsome, Ken Stabler, Doug Williams, and University of Alabama legendary Head Football Coach Nick Saban and many others as one of the best in the business. With no formal training in Art Skipper gives all glory for his Gift and every open door to his Lord and Savior Jesus the Christ. An ex-gang member and drug addict transformed by the unparalleled hands of Christ into a Fine Artist with international exposure and respect. Specializing in Oils, Pastels, Acrylic, and Pencil, the diversity of mediums has been something special in the studio of Steve Skipper. 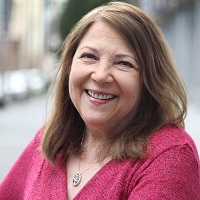 Susan Perlman is a first-generation Jewish believer in Jesus from Brooklyn, New York and helped found the organization, Jews for Jesus, which she has served with since 1973. They have centers in 12 countries and 16 cities around the globe—their largest work is in Israel. She has a media background and has written evangelistic materials from tracts to skits to blogs to apologetics articles. Currently, Susan’s main work is as the Chief Partnership Officer of Jews for Jesus. She is forging partnerships with other missions, churches and theological institutions who share a commitment to evangelism and recognize that we can do more for the kingdom together than as “lone rangers.” Susan also serves the global Christian community through her service with the Lausanne Movement, as the vice chair of MissioNexus, board member of Jewish Voice International, board member of Dallas Theological Seminary and as editorial advisor for The Messianic Times. Susan is also part of the Executive Leadership Team of Jews for Jesus. Her greatest love is to personally share the gospel with Jewish people one on one and with anyone else who needs to know Jesus.