The Jewish people and Israel have been described as "a dominant and moving force behind the present and coming evils of our day"; "a monstrous system of evil [that] will destroy us and our children" if not resisted; and a group that seeks "the annihilation of almost every Gentile man, woman, and child and the establishment of a satanic Jewish-led global dictatorship." What’s worse is that these comments were all made by professing Christians. Our guest today will document shocking examples of modern "Christian" antisemitism and expose the lies that support them. Discover why church-based antisemitism is no longer a thing of the past.

Join us today as our guest presents clear evidence that former gays and lesbians are finding lasting freedom from a life defined by “gay” identity fallacies. Learn the results of First Stone Ministries’ groundbreaking, long-term survey that highlights the freedom former homosexuals are finding through Christ and the power of the gospel. 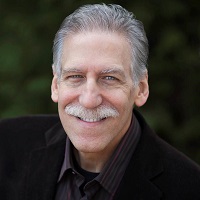 Michael L. Brown, PhD, is founder and president of AskDrBrown Ministries and president of FIRE School of Ministry. The author of more than thirty-five books, he is also the host of the nationally syndicated daily talk radio show The Line of Fire, as well as the host of shows on GOD TV, NRBTV, and METV. His syndicated columns appear on many leading websites, and his scholarly publications range from biblical commentaries to articles in Semitic journals and theological dictionaries. He has served as an adjunct or visiting professor at seven leading seminaries and has debated gay activists, agnostic professors, and Orthodox rabbis on university campuses. 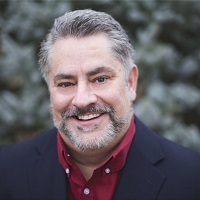 Stephen Black has been the Executive Director of First Stone Ministries since 2000. Stephen has worked in full-time Christian ministry and in leadership with First Stone Ministries since 1993. He was ordained with International Ministerial Fellowship in October of 1994. Stephen was called by God into ministry through the healing he received himself: (2 Cor. 1:3-4). As a survivor of childhood sexual abuse, he was wounded and confused during his teenage years, drawn into homosexuality; and lived gay-identified for 8 years. Acquainted with the grief of sexual sin and abuse, Stephen’s heart is to make known what he discovered - that Jesus Christ has come to set the captives free, and that the grace of God is transformative, that The Gospel of Jesus Christ changes lives! Stephen is an author of many articles and teaching aids. His new book released October 10, 2017, Freedom Realized: Finding Freedom from Homosexuality and Living A Life Free from Labels and the companion book/report "The Complete First Stone Ministries Effectiveness Survey Report" was released in June of 2018 as an ebook, and the softcover released August 30, 2018.