Though remembered chiefly as author of the Declaration of Independence and the president under whom the Louisiana Purchase was affected, Thomas Jefferson was a true revolutionary in the way he thought about the size and reach of government, which Americans who were full citizens and the role of education in the new country. Our guest will give us a new view of Jefferson—a revolutionary who effected radical change in a growing country.

Hour 2: The Burning of the White House

It's unimaginable today, even for a generation that saw the Twin Towers fall and the Pentagon attacked. It's unimaginable because in 1814 enemies didn't fly overhead, they marched through the streets; and for 26 hours in August, the British enemy marched through Washington, D.C. and set fire to government buildings, including the U.S. Capitol and the White House. Our guest, a renowned historian, will weave together several different narratives to create a vivid, multidimensional account of the burning of Washington, including the escalation that led to it and the immediate aftermath. Hear the story of a city invaded, a presidential family displaced, a nation humbled, and an American spirit that somehow remained unbroken. 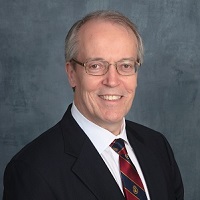 Award-winning author Jane Hampton Cook makes history and biographies relevant to today's news, current events, issues of faith, and modern-day life. A public speaker and frequent national media guest, Jane is the author of nine books, including American Phoenix (May 2013) about John Quincy and Louisa Adams and the War of 1812. She is also a former White House webmaster. She is also the author of www.revolution240.com. Jane's film script adaptations of The Burning of the White House and American Phoenix were selected by D.C. Women in Film and Video's Spotlight on Screenwriting catalogs