Join us for a full hour of news and views. We start with the headlines of the days. We then turn our attention to the policy change regarding transgenders in the military. We will hear from a 36-year veteran who retired with the rank of lieutenant general. Rounding out the hour, we will learn of a new initiative led by African-American mothers of murdered children, and its mission is to bring together law enforcement and community partners to support solutions to senseless violence, while pushing back against the “defund the police” movement.

We all wonder what comes after death. It’s time to separate fact from fiction and learn what the Bible has to say. You'll be heartened to learn that believers will reconnect with their loved ones; receive a wonderful new body; say goodbye to sin, sorrow, and sickness; and enjoy face-to-face fellowship with God! Discover why the best is yet to come. 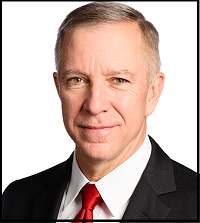 Thomas Spoehr serves as director of Heritage's Center for National Defense where he is responsible for supervising research on matters involving U.S. national defense. Prior to joining Heritage, Spoehr served for over 36 years in the U.S. Army, attaining the rank of Lieutenant General. He is an expert on national defense policy and strategy, and has testified before the U.S. Congress on defense strategy, budgets and equipment modernization. Spoehr’s articles and commentary have been published widely in both civilian and military media and he is often called upon to provide expert commentary and analysis.