Hour 1: The World Upside Down

In the aftermath of Jesus' resurrection, the testimonies of those who had followed him were so bold and powerful that they turned the world upside down. What would happen if we lived with that same kind of faith today? Join us to explore this provocative question and be prepared to be a world-changer.

Now 15 years sober and the leader of re:generation, the world's largest recovery ministry, our guest will share his own life-and-death battle with alcoholism while testifying to the power of healing. Join us to discover biblical encouragement and practical guidance for overcoming addictions to drugs, pornography, food, social media, and more. Learn how to be set free! 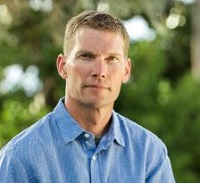 Charles Martin is a New York Times bestselling author of 13 novels, including, 'Send Down The Rain , The Water Keeper & Chasing Fireflies.' His work is available in more than 30 languages. 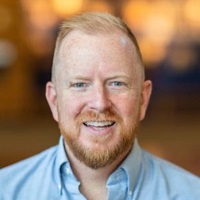 John Elmore (ThM, Dallas Theological Seminary) is the senior director of pastoral care and director of re:generation, the world's largest weekly recovery program, at Watermark Community Church in Dallas, Texas. John was raised in Springfield, Missouri, and got to Texas via Baylor University. After eight years in advertising, sales and what he says was “reckless and foolish living” he walked into an Alcoholics Anonymous meeting, following a family intervention in 2005. John says his is a recovering alcoholic (his last drink was on 12/21/05) who discovered in Christ freedom, purpose, peace and joy. He earned an MA from John Brown University and a ThM from Dallas Theological Seminary.