Living according to God’s principles can be costly in our society. It is tempting to conform to the culture rather than change it. Our guest today will share what she’s discovered about living authentically.

Hour 2: For The Glory

“I believe God made me for a purpose, but he also made me fast! And when I run I feel his pleasure.” Olympic athlete Eric Liddell uttered those words. While an Oscar winning film was made about his life, what happened off the track at the Olympics is even more fascinating. Learn more about the man who ‘ran with perseverance’. 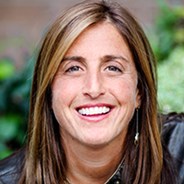 Lina AbuJamra is a Pediatric ER doctor and founder of Living with Power Ministries. Her vision is to bring hope to the world by connecting biblical answers to everyday life. A popular Bible teacher, blogger, and conference speaker, Lina has authored several books including: Thrive, Stripped, and Resolved. You can listen to Lina’s podcast on iTunes or Podbean and find her boosting your faith all over social media. Lina is the host of Today’s Single Christian on Moody Radio and of Morning Minutes, a daily audio devotional available on her website. Lina’s most recent adventure has taken her back to the Middle East and her birth country, Lebanon, where she is running several projects that give hope and healing to Syrian refugees. Born in Beirut, Lebanon, Lina now calls Chicago home. 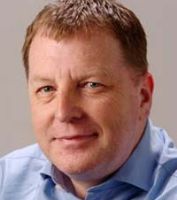 Duncan Hamilton is an award-winning sportswriter and author who has twice won the foremost sports writing prize in the UK (the William Hill) and been nominated an additional three times. He is the author of several books.