Life had been good to our guest. They had traveled the world as overseas teachers. They were blessed with a strong marriage, a nice house, great jobs, and a happy, healthy two-year old son. Was God a part of their lives? Some. But He was about to reenter in a very big way through a very small baby. Their daughter, Faith was born weighing 450 grams. Four grams less than a pound. A true micro preemie. She was given no chance to live, but after insisting on intervention, and turning to prayer, miracles began to happen as his faith, belief, and love of God grew. 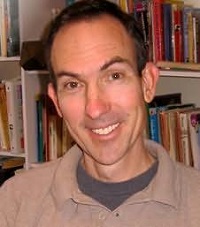 Bob Krech is the founder of Belief Books, a publishing house dedicated to sharing stories and meditations on God’s unexpected blessings while donating all profits to charity. A former elementary teacher, supervisor, and curriculum developer, Krech has written more than thirty books for teachers and parents, as well as two national award-winning children’s books: Rebound and Love Puppies and Corner Kicks. He and his wife Karen, also an educator, lived and taught in Scotland and Saudi Arabia as well as New Jersey. They now live in South Carolina where they attend Hilton Head Island Community Church. They have two grown children, Andrew and Faith.