Join us for a full hour of news and views. We start with some of the stories making headlines and then wing our way to Hollywood to hear some ways in which we can specifically pray for those who are a part of the largest group of influencers in the world. We round out the hour by hearing about some of the latest threats from Communist China. Get ready to lengthen your prayer list.

We begin the hour by taking a look at the headlines of the day. We then hear why some are trying to give ‘rights’ to animals and how COVID 19 drove one woman to euthanasia. We round out the hour by learning about a lawsuit designed to end prostitution in Nevada. Don’t miss a minute of this conversation! 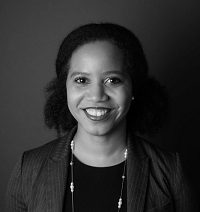 Christen Price serves as Legal Counsel for the National Center on Sexual Exploitation Law Center. Christen has been passionate about using the law to stop violence since she first encountered the issue of trafficking in persons in college, and now engages in legal advocacy to end impunity for all forms of sexual exploitation. In her role at NCOSE, Christen works to influence courts and legislatures toward protecting human dignity and equality on behalf of sexual exploitation survivors, through legislative advocacy, litigation, and providing support to other attorneys, particularly with respect to sex trafficking, prostitution, child sexual abuse, and pornography.