Hour 1: Music For Your Heart

Have you ever had a song stuck in your head for days? Something abut its tune or lyrics impacts us and holds our attention. Why? How did the song come to be? Why was it written? And what does the song really mean? Our guest will take you behind the scenes of your favorite songs to show how the lyrics and music began. Through insider stories, artist bios, and inspiration from Scripture, he will weave stirring reflections on our adored and popular classics. Join us to dig deep into the words and history of the music that warms the heart.

Our guest is the Oscar-nominated creative force behind the critically acclaimed box-office hits Braveheart, Pearl Harbor, Secretariat, and Heaven Is for Real. Join us to discover how the Holy Spirit gave him the courage to follow his dreams and helped him win on the greatest battlefield of all---the one inside the human heart. 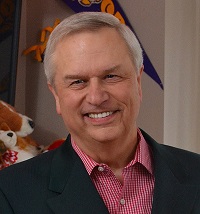 Ace Collins defines himself as a storyteller. In that capacity, this Christy Award winning writer has authored 99 books that have sold more than 2.5 million copies for 20 different publishers. His catalog includes novels, biographies, and children’s works as well as books on history, culture, and faith. He has also been the featured speaker at the National Archives Distinguished Lecture Series, hosted a network television special, and has appeared on all the morning TV shows. 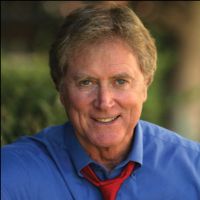 Randall Wallace is a screenwriter, director, producer, novelist, and songwriter who rose to prominence through his original screenplay for the film BRAVEHEART. His work on the movie earned him an Oscar® nomination for Best Original Screenplay and a Writers Guild of America award for Best Screenplay Written Directly for the Screen. In addition to BRAVEHEART, he is the writer and/or director behind THE MAN IN THE IRON MASK, WE WERE SOLDIERS, PEARL HARBOR, SECRETARIAT, and HEAVEN IS FOR REAL, movies which celebrate the value of faith, courage, and honor.  He graduated from Duke University and put himself through a year of Divinity School by teaching karate.  In addition to his work as a filmmaker, he has authored nine books, is the founder of Hollywood for Habitat for Humanity.