Trying to escape persecution for their religion in the Old World, the Pilgrims crossed the ocean in a quest to find true religious freedom in a new world. Journey with an award-winning historian as he chronicles their anguishing journey filled with heroic strength, struggle and inspiration. Discover the true story of Thanksgiving and celebrate the love of religious liberty these Pilgrims carried with them across the sea.

What was life like for the Pilgrims? What motivated their departure from England? How did they view the Native Americans? Was religion paramount in their everyday activities? On this Thanksgiving Day broadcast, our guest will quote from memoirs, letters, and personal accounts---some never published before---to give us a look into the world of those who celebrated the first Thanksgiving in America. 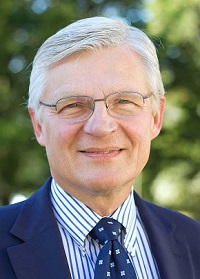 Rev. Dr. Peter Lillback (PhD, Westminster Theological Seminary) is president and professor of historical theology and church history at Westminster Theological Seminary. He also serves as the president of The Providence Forum and senior editor of the new Unio cum Christo: An International Journal of Reformed Theology and Life. Dr. Lillback’s academic interests include church history, the doctrine of Scripture, public theology, the theology of John Calvin, Johannine Theology, and Christianity as it relates to American history. For those who are new to Dr. Lillback’s writing and teaching on his research interests, he recommends several resources as places to start. On Calvin, he would recommend starting with his work co-edited with David Hall, A Theological Guide to Calvin’s Institutes: Essays and Analysis, as well as his lecture “The Place of Covenant in Calvin’s Theology.” Also consider his course Covenant Theology, available free online from Westminster, which specifically focuses on Calvin’s contribution to the development of covenant theology during the Reformation. 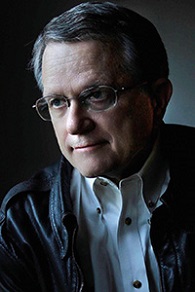