This hour we take a look at the news making headlines. We then discuss anti-discrimination laws that impact people living in the womb. We’ll also get an update on China and the PRC’s movement toward hegemony. Get ready to think!

So how can someone be both 100% Jewish AND 100% Christian? Join us as we take your questions on how to share Jesus with our Jewish friends. We also tackle the question: Why is anti-Semitism on the rise? Don’t miss a minute of this hour of radio! 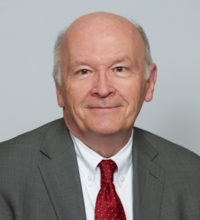 Charles A. “Chuck” Donovan is president of the Charlotte Lozier Institute. He served as legislative director of the National Right to Life Committee more than three decades ago, worked as a writer for President Reagan, helped to lead the Family Research Council for nearly two decades and most recently has been Senior Research Fellow in Religion and Civil Society at The Heritage Foundation. Chuck has played key roles in the development of public policy regarding public financing of abortion, compassionate alternatives to abortion, the child tax credit, marriage penalty relief, and rights of conscience. Donovan is the author or co-author of books and monographs on family topics. Appearances on national radio and television include CNN’s Inside Politics and ABC’s Nightline as well as programs on FOX, BBC, NPR, EWTN and CBN. His articles and commentaries, both under his own name and those of public figures, have been published in newspapers such as The Wall Street Journal, The New York Times, The Washington Post, The Washington Times, Cincinnati Enquirer, San Diego Union and National Catholic Register, and in magazines such as Reader’s Digest, The Weekly Standard, American Legion Magazine, World Magazine, American Library Journal, Crisis, and Focus on the Family’s Citizen. A native of Louisville, Kentucky, Donovan grew up in Cincinnati, Ohio. He earned a bachelor of arts degree in English at the University of Notre Dame. 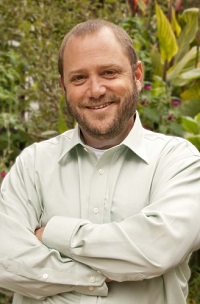 David Brickner, Executive Director of Jews for Jesus, heads up the largest Jewish evangelistic mission in the world. He is a fifth generation Jewish believer in Jesus and it was through the ministry of Jews for Jesus that David rededicated his life to the Lord. Brickner is a popular church and conference speaker and has authored Christ in the Feast of Pentacost and Christ in the Feast of Tabernacles with Moody Publishers as well as Future Hope: A Jewish Christian Look at the End of the World with Purple Pomegranate. He also writes a monthly online column, Jews for Jesus Real Time and has appeared on Larry King Live.