Best Of In The Market: The Price of Panic

For the first time in history, the world shut itself down—by choice—all for fear of a virus, COVID-19, that wasn’t well understood. The government, with the support of most Americans, ordered the closure of tens of thousands of small businesses—many never to return. Almost every school and college in the country sent its students home to finish the school year in front of a computer. Churches cancelled worship services. “Social distancing” went from a non-word to a moral obligation overnight. Moral preening on social media achieved ever new heights. The world will reopen and life will go on, but what kind of world will it be when it does? It can’t be what it was, because of what’s just happened. Join us to learn how a pandemic turned into a catastrophe. 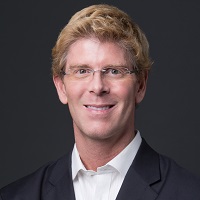 Jay Richards, Ph.D., O.P., is an Assistant Research Professor in the School of Business and Economics at The Catholic University of America, Executive Editor of The Stream and a Senior Fellow at the Discovery Institute where he works with the Center on Wealth, Poverty, and Morality. He is author of many books including the New York Times bestsellers Infiltrated (2013) and Indivisible (2012), as well as Money, Greed, and God (winner of a 2010 Templeton Enterprise Award), and The Hobbit Party: The Vision of Freedom that J.R.R. Tolkien Got and the West Forgot, which he co-authored with Jonathan Witt and The Human Advantage: The Future of American Work in an Age of Smart Machines, argues we need a new model for how ordinary people can thrive in this age of mass economic disruption. Richards dispatches myths about capitalism, greed, and upward mobility and tells the stories of how real individuals have begun to rebuild a culture of virtue through creativity, resilience, and empathy. In addition to writing many academic articles, books, and popular essays on a wide variety of subjects, he has appeared on many national radio and TV programs, including Larry King Live; and he has lectured worldwide on a variety of subjects, including to Members of the US Congress. Richards has a Ph.D., with honors, in philosophy and theology from Princeton Theological Seminary. He also has an M.Div. (Master of Divinity), a Th.M. (Master of Theology), and a B.A. with majors in Political Science and Religion.