Hour 1: The Devil and Karl Marx

Far too many people separate Marx the man from the evils wrought by the oppressive ideology and theory that bears his name. Not only did the horrific results of Marxism follow directly from Marx’s twisted ideas, but the man himself penned some downright devilish things. Well before Karl Marx was writing about the hell of communism, he was writing about hell. Our guest will give us a close, careful look at the diabolical side of Karl Marx, a side of a man whose fascination with the devil and his domain would echo into the twentieth century and continue to wreak havoc today.

Hour 2: The Reality of the Afterlife

We all wonder what comes after death.  Some believe hell isn't real and that a "good God wouldn't send anyone to hell."  But is hell real?  Is heaven just a place where we sit on a cloud and play the harp?  Do we turn into angels?   Come with any question you have on the afterlife and our great teacher/apologist will give you a clear biblical answer.  The lines will light up so get your call in early! 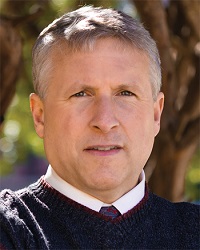 Paul Kengor, Ph.D., is Senior Director and Chief Academic Fellow for The Center for Vision & Values; Professor of Political Science at Grove City College. He is a bestselling author whose works include The Devil and Karl Marx: Communism's Long March of Death, Deception, and Infiltration; Dupes: How America's Adversaries Have Manipulated Progressives for a Century; God and Ronald Reagan; God and George W. Bush; God and Hillary Clinton; and The Crusader: Ronald Reagan and the Fall of Communism. His articles regularly appear in USA Today, the New York Times, and numerous academic journals. He is a professor at Grove City College and a frequent commentator on television and radio. He earned his bachelor's degree and Ph.D. from the University of Pittsburgh and his master's from American University.