We have a great hour of news planned for you. We start with the headlines of the day and then discuss why ideology in science is destroying trust. We then turn to the dangers of junk science. Find out what’s really “powering” electric cars? Plus, discover the linkage between communism and climate. Don’t miss a minute of this conversation.

Hour 2: At Home and Abroad

It's another hour of news and views. First, we look at the stories making headlines and then we talk about the miracles taking place in the Middle East and how God is moving through that part of the world. We then turn our eyes on Hollywood to learn how to pray – specifically – for those serving within the most powerful group of influencers in the world. Get ready to lengthen your prayer list. 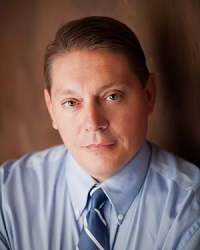 Steve Milloy is a recognized leader in the fight against junk science with more than 20 years of experience, and is credited with popularizing the term “junk science.” He is the founder and publisher of JunkScience.com, and an environmental and public health consultant. Mr. Milloy is a biostatistician and securities lawyer who has also been a registered securities principal, investment fund manager, non-profit executive, coal company executive, and a print/web columnist on science and business issues. Mr. Milloy served on the EPA transition team for the Trump administration. Mr. Milloy has also authored 6 books and over 600 articles/columns published in major newspapers/web sites, including the Wall Street Journal, Investor’s Business Daily, FoxNews.com, Financial Times, National Post (Canada), USA Today, Los Angeles Times, Washington Times, New York Post, New York Sun and other print and web outlets. Mr. Milloy was the co-founder and managing principal of Free Enterprise Action Fund (2004-2009), the first pro-free enterprise activist mutual fund, which merged with the Congressional Effect in July 2009.