The Bible is laden with stories of those who've carried the baton before us, who've stumbled, who've persevered. It's equally laden with stories of God's chosen people falling-away from their faith often in the space of just a few short years. While a relay makes for an apt metaphor for passing-along our faith, our goal as Christians is not to win a race but to win the world. Join us today if you are looking to take your own journey with the Lord to the next level and beyond.

This hour we offer encouragement and practical advice for Christians who are serious about living out their faith in their daily work lives. Learn simple, practical suggestions for bringing and sharing your faith at work. Get answers to questions like "How can I serve Jesus while I'm at work?" and "What does it look like to follow Jesus in my field of work?" Rediscover the relationship between work and discipleship. 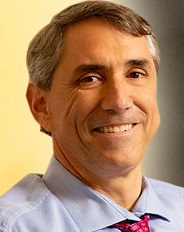 In the summer of 1995, George Shamblin left a successful career in pharmaceutical sales, and a year-end bonus large enough to pay for three years of tuition, to enroll at Reformed Theological Seminary in Jackson, MS. Though he experienced more than his share of challenges and setbacks over the next 25 years, it's a decision he's never regretted. Since 2012, Shamblin has served as a pastor with The Center for Executive Leadership, in Birmingham, Alabama -- where he teaches Bible Studies, disciples others at various stages of spiritual growth, and maintains an active role in leading overseas mission trips. Also an adjunct professor at Birmingham Theological Seminary, Shamblin published his first book, The Relay, in 2020. 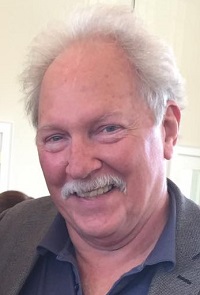 David W. Gill is a writer and speaker based in his hometown, Oakland, California. He recently retired from his position as Mockler-Phillips Professor of Workplace Theology & Business Ethics and Director of the Mockler Center for Faith & Ethics in the Workplace at Gordon-Conwell Theological Seminary in South Hamilton and Boston, Massachusetts (2010 – 2016). Prior to this, he served on the faculties of New College Berkeley (1977-90), North Park University (1992-2001) and St. Mary’s College (2004-2010). He is a graduate of the University of California, Berkeley (BA 1968), San Francisco State University (MA 1971), and University of Southern California (PhD 1979). He is the author of seven books including a two volume introduction to Christian ethics: Becoming Good: Building Moral Character and Doing Right: Practicing Ethical Principles (InterVarsity, 2000 & 2004) and a general market business ethics book, It’s About Excellence: Building Ethically Healthy Organizations (Wipf & Stock, 2008/2011).  He was raised in the Plymouth Brethren, ordained at Allen Temple Baptist Church (Oakland CA) and is a member of Solano Community Church (Albany CA). He has served as Interim Pastor at University Covenant Church (Davis CA) and Trinitarian Congregational Church (Wayland MA) and has been guest preacher or speaker for many churches and campus fellowships over the past 50 years.