In the mid 1980s, our guest and his wife prayed, "Lord, use us to save Iran!" His passion for Muslims stems, in part, from the murder of his brother, Hamraz, who was arrested in Iran at the age of sixteen on a minor political charge. After two years in jail, he was executed by firing squad. God showed our guest the best way to respond to this tragedy was to dedicate his life to bring one million Muslims to salvation in Christ. Join us on a journey out of bondage to Islam to freedom in Christ. Learn what the Bible says about Iran and why Iran is just the beginning of something big, eternal, and of historical proportion that is already happening!

The end times have seen a great amount of interest in the last two decades. The headlines of the day remind us that someday, everything will change. Today our guest will lay out biblical prophecy in a clear and understandable way and explain how to interpret Bible prophecy, pointing out key passages, events, and characters. Come with your questions on the End Times and hear the strengths and weaknesses of the different views on the Rapture, the Millennium, and the chronology of end times events. Don’t miss this fascinating hour of radio. 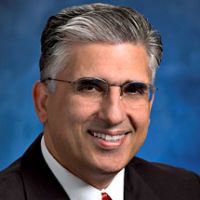