Should Christianity be reinvented in order to remain relevant in a society whose moral axis has shifted? Warning that we dare not abandon our "mere faith," our guest will review the biblical essentials and provides insights into how the church should address concerns about its place in our secular culture as it seeks to be light to the world. Join us for a timely and much needed conversation. 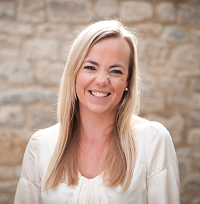 Dr. Amy Orr-Ewing is a Senior Vice President with Ravi Zacharias International Ministries and Co-director of OCCA The Oxford Centre for Christian Apologetics. She leads a team of pioneering apologist-evangelists and speaks around the world on how the Christian faith answers the deepest questions of life. Over the last twenty years, Amy has spoken on university campuses, including Oxford, Cambridge, Vienna, Hong Kong, Phoenix, Massachusetts, in the Speakers Rooms and Chapel at the UK Parliament, on Capitol Hill, and to West Wing staff at the White House. She also speaks in banks, businesses, and consultancy firms as well as churches and conferences. Amy gained a first-class degree in Theology and a DPhil (doctorate) from the University of Oxford. She is also the co-founder of REBOOT, a youth apologetics initiative aimed at helping young people think deeply about faith, which now runs in countries all over the world. Amy has made various appearances on national television in the UK  including appearances on BBC  Television (Blue Peter and Songs of Praise) and television networks in the USA. She is increasingly called upon to comment on a variety of topics relating to the Christian faith on radio interviews both across the UK and worldwide.  She has contributed to various discussions including the BBC Radio 4’s Beyond Belief. 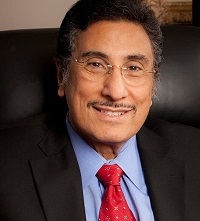 Dr. Michael Youssef was born in Egypt and lived in Lebanon and Australia before coming to the United States and fulfilling a childhood dream of becoming an American citizen. He holds degrees from Moore College in Sydney, Australia, and Fuller Theological Seminary in California, with a Ph.D. in social anthropology from Emory University. He founded The Church of The Apostles in 1987 with fewer than 40 adults with the mission to "Equip the Saints and Seek the Lost." The church has since grown to a congregation of over 3000. This church on a hill was the launching pad for Leading The Way's international ministry