Today, we start with the stories making headlines. We then learn about some Christians schools battling for the right to reopen in the world of Covid-19. We round out the hour by talking about the new standards for diversity for films vying for an Oscar, while learning to pray for those called to work in Hollywood. Get ready to be called to the action of prayer!

Is nonsense replacing common sense in today's world? Believing that Christians are increasingly being silenced, excluded, and condemned in the name of tolerance, our guest joins us to provide us with a playbook for speaking out boldly; walking in faith instead of fear; and living with power, truth, and love in our personal lives, families, and churches. 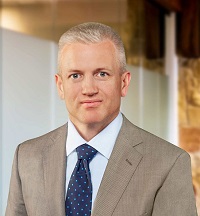 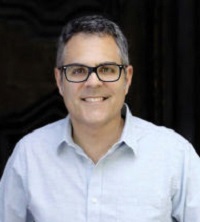 Michael Anthony is an expert at showing people how to live with power, truth, and love. An award winning speaker, author, and entrepreneur, he loves helping people remove false limits, unleash their potential, and become incredible agents of change in the overflow. If you want to fire up your people, Mike is your match. At a time when weakness, lies, and hatred are running rampant, you’ll find Michael to be a voice of hope, inspiration, and renewal. He or his works have been featured in major publications and news outlets, including the New York Times, CNN, ABC News, CBS News, Charisma, Townhall.com, The Christian Post, and more. He is the Founder and CEO of CourageMatters.com. Michael has a rare gift of being able to simultaneously address controversial matters involving relationships, faith, and politics in urgent, yet refreshingly diplomatic, ways. He is passionate about helping those with strong ideological differences respect one another, find common ground, and move forward. Mike loves showing people how to live with courage, prioritize their life purpose, and achieve lifetime goals in the overflow. With a life full of adversity, Michael survived multiple brushes with death, a battle with cancer, and several kidnapping/luring attempts as a child. He uses the lessons he learned from his experiences to show people how to practice “courageous humility,” a phrase he coined for the approach to life that he has been modeling, teaching, and writing about globally. Many years of experience in the business world, as an entrepreneur, and as a lead pastor, fuel Michael's passion. He is a graduate of Rutgers University, Moody Graduate School, and Multnomah Biblical Seminary, and is an ordained minister.