Join us today to discover the heart and soul of one of the most influential women in modern church history! Learn about Elisabeth Elliot's private, unpublished journals and candid interviews with Elisabeth's family and friends as our guests tell the story of a sensitive, radical, and surprisingly relatable believer utterly submitted to doing God's will.

It’s all news this hour. First, we look at the headlines of the day through the lens of Scripture. Then, we wing our way down under to hear from our favorite Scottish apologist as he comments on several global news stories. Come join us with your Bible in one hand and the newspaper in the other. 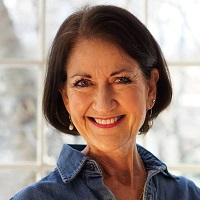 Ellen Vaughn is a New York Times bestselling author and speaker who has written or co-written 23 books. Former vice president of executive communications at Prison Fellowship, she collaborated with the late Chuck Colson on a number of his seminal works. She speaks at conferences, often travels to interview Christ-followers in hostile parts of the world, and serves on the board of directors for ICM, the global church developer. With degrees from Georgetown University and the University of Richmond.

David Robertson is the Director of Third Space- a new evangelism project from City Bible Forum. David works as an evangelist with Australian churches. As such he is involved with education, media, churches and various forms of outreach. as a speaker, writer and blogger. He was educated at the University of Edinburgh and the Free Church College. He served as the minister of Brora Free Church and St. Peters Free Church in Dundee, Scotland before moving to Australia and taking over his current position as the Director of Third Space.  David has written 6 books including Awakening – the life and ministry of Robert Murray McCheyne (Paternoster 2003 and Christian Focus 2010) and The Dawkins Letters – challenging atheist myths (Christian Focus Publications 2007) and A.S.K, an apologetic book for teenagers (June 2019) He is currently in the process of writing– Letter to a Post Christian Nation. He is a regular columnist with Christian Today and Evangelicals Now. He also write occasional articles for other publications – including Eternity magazine in Australia. He also has his own podcast.