Just thirty years ago, socialism seemed utterly discredited. An economic, moral, and political failure, socialism had rightly been thrown on the ash heap of history after the fall of the Berlin Wall. Unfortunately, bad ideas never truly go away—and socialism has come back with a vengeance.
A generation of young people who don’t remember the misery that socialism inflicted on Russia and Eastern Europe is embracing it all over again. Oblivious to the unexampled prosperity capitalism has showered upon them, they are demanding utopia. Join us to hear a powerful warning that the resurgence of socialism could rob us of our freedom and prosperity.

Hour 2: A Change of Affection

Can someone truly be transformed by the power of the gospel? Join us to hear our guest’s story of dramatic conversion to Christianity and subsequent seminary training inform his views on homosexuality--personally, biblically, theologically, and culturally. He will also help us discover how the Church can best respond to the questions of personal identity. Come and hear compassion insights on a very controversial topic. 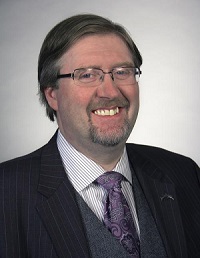 Iain Murray is Vice President for Strategy and senior fellow at the Competitive Enterprise Institute. Murray also directs the Center for Economic Freedom. He is the author of the best-selling books, "The Really Inconvenient Truths" and "Stealing You Blind: How Government Fat Cats Are Getting Rich Off of You." He has written extensively on free markets and the environment, labor policy, finance, the EU, and trade. He tweets at @ismurray and is a Contributing Editor at Instapundit.com. Before coming to CEI, Iain was Director of Research at the Statistical Assessment Service. A former civil servant in the United Kingdom, Iain immigrated to the U.S. in 1997 and remains a British citizen. He holds an Master of Business Administration from the University of London and an Master of Arts from the University of Oxford. 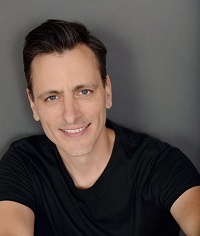 Born and raised in Dallas, Texas, Becket Cook moved to Los Angeles after college to pursue a career in writing and acting. He currently works as a production designer in the fashion world. He recently received his master's degree from Talbot School of Theology at Biola University and spends much of his time in ministry, speaking on the issue of homosexuality at churches, universities, and conferences.