Join us for an informative hour designed to help you understand global events while ‘’looking well to the ways of your household.” Learn what security issues the nation is facing while also understanding what it takes to be a homeschooling parent. Join us to learn what it means to think critically and to act biblically!

New research finds that Christians are less involved in spiritual conversations today than we were twenty-five years ago. As society has changed, it seems we have become more uncomfortable talking with people about our faith. We are reluctant conversationalists. The reality is that many of our churches and communities are shrinking instead of growing. What can we do about this? Unpacking what God's Word says about spiritual conversations and digging into the habits of eager conversationalists, our guest will describe what we can learn from Christians who are still talking about their faith. 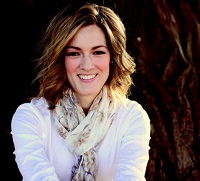 Anne Crossman set out to develop a practical resource that would help all parents from any background homeschool with excellence. As a former homeschooler, Anne attended Stanford and Duke Universities (graduating from Duke with degrees in English and Education, with a focus in Psychology), taught in public high schools and military barracks, authored three books on education, and has been homeschooling her four children since 2006. Anne offers a perspective of education that is well-informed, rare, and highly valued. She is the author of Getting the Best out of College (Random House, 2008, 2012), Study Smart, Study Less (Random House, 2011), and Trying to Remember (Yellow Wood Press, 2011), publishing work in The Washington Post, featured in USA Weekend and the Chicago Tribune, among others. 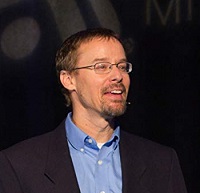 Don Everts is reluctant to call himself an evangelist, but for decades he has found himself talking about Jesus with all sorts of skeptical and curious people. He is a writer for Lutheran Hour Ministries and associate pastor at Bonhomme Presbyterian Church in St. Louis, Missouri. He has also been a speaker and trainer for Alpha and InterVarsity Christian Fellowship. His many books include Jesus with Dirty Feet, I Once Was Lost, and Breaking the Huddle.